StarDance Festival has ten editions behind it. 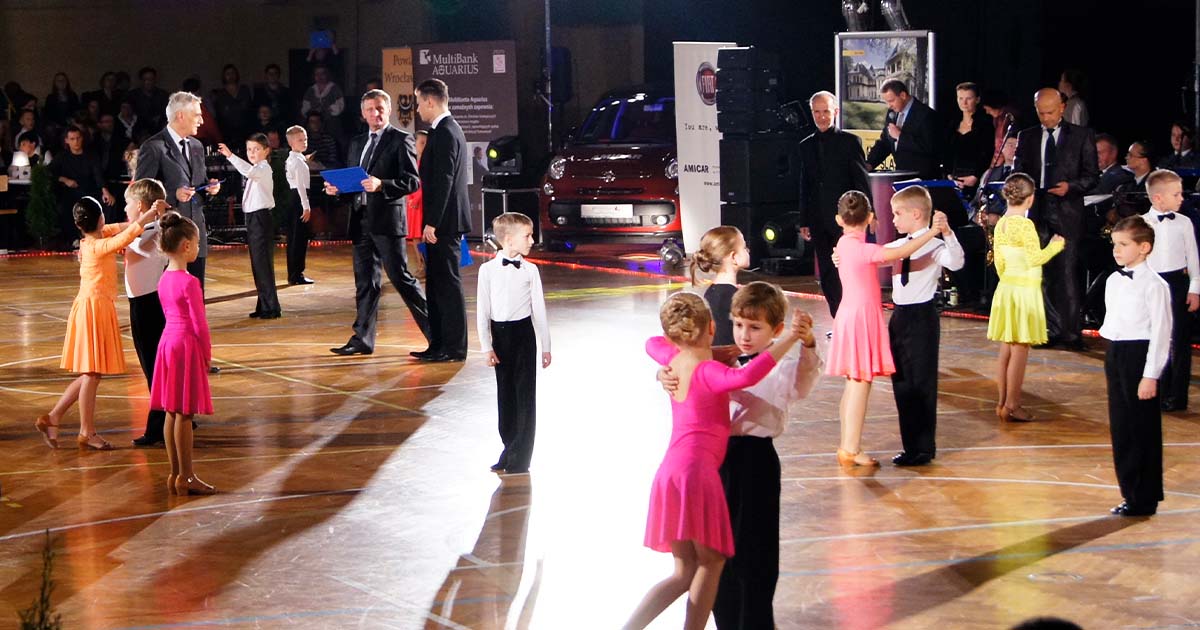 The competition arena of the first editions of the tournament was the hall of the University of Wrocław at 4 Chełmońskiego Street. The first edition took place in 2010 and gathered as many as 140 couples and several hundred spectators. The main sporting event of the festival was the Wrocław Open Ballroom Dancing Championship.

Each subsequent edition brought a dynamic growth of participants, audience and partners of the festival.

The curiosity of the second edition was the innovative, for the realities of the time, the musical setting of the tournament. The Orchestra of the Provincial Police Headquarters in Wrocław, in perfect arrangements, took care of the background music for the dancing players. Never before has a Polish dance tournament benefited from the support of an orchestra of several dozen playing live. 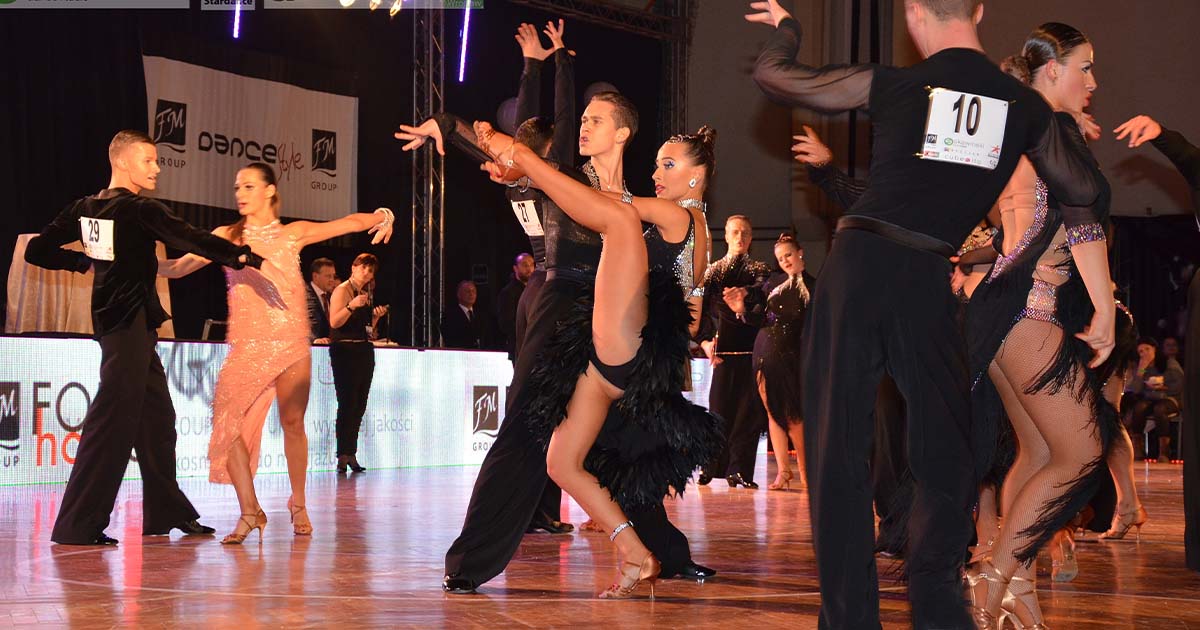 The fourth edition of the festival, in 2013, for the first time, was enriched with shows of championship pairs.

The festival featured Michał Malitowski, one of the most titled in the history of Polish ballroom dancing, a friend and peer of Michał Skawiński. Michał Malitowski performed with his Belgian partner Julia Leunis. 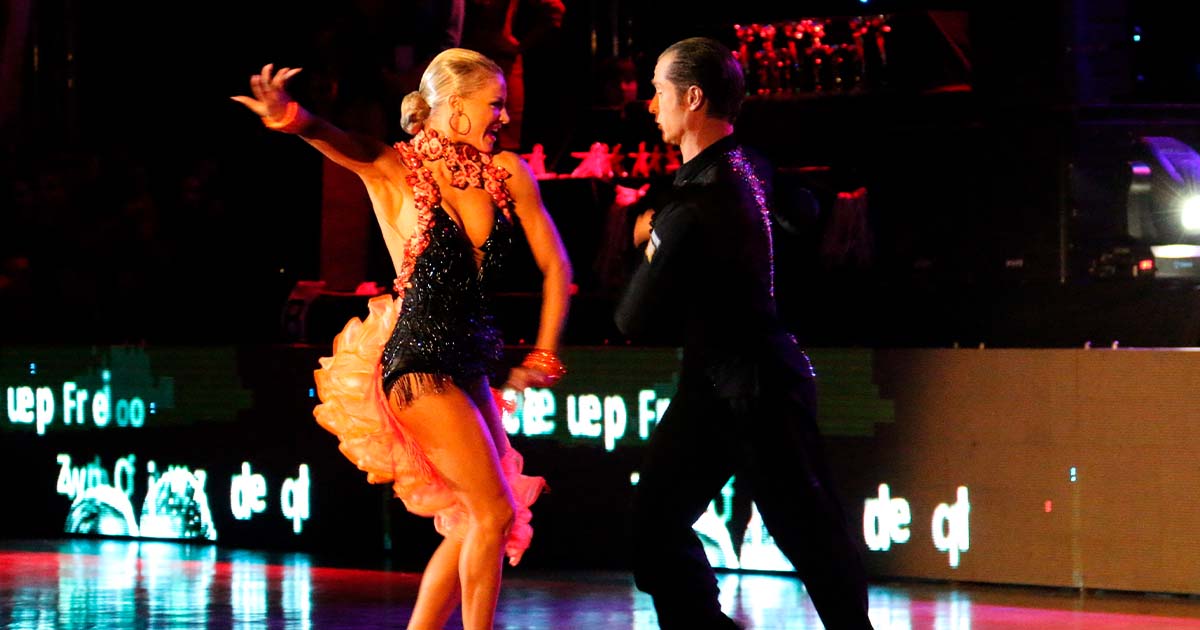 The fifth edition was attended by almost four times more couples than in the inaugural tournament. For the first time, there were also couples from outside Poland.

Another novelty was the inclusion in the program of the Lower Silesia Grand Prix. Before the final tournament, organized in Wrocław, qualifying tournaments were held in smaller towns of Lower Silesia: Syców, Siechnice, Prusice and Sobótka.

An unforgettable event of the edition was the entry to the tournament hall of the judges on Harley motorbikes, lent by a befriended motorcycle club.

The organizers funded the “Dance Ambassador” statuettes, which were presented to all partners who supported the festival since its inception.

The event was graced by the performance of the world and European champions, Richardo Cocchi and Yulia Zagoruychenko – RY Dance. 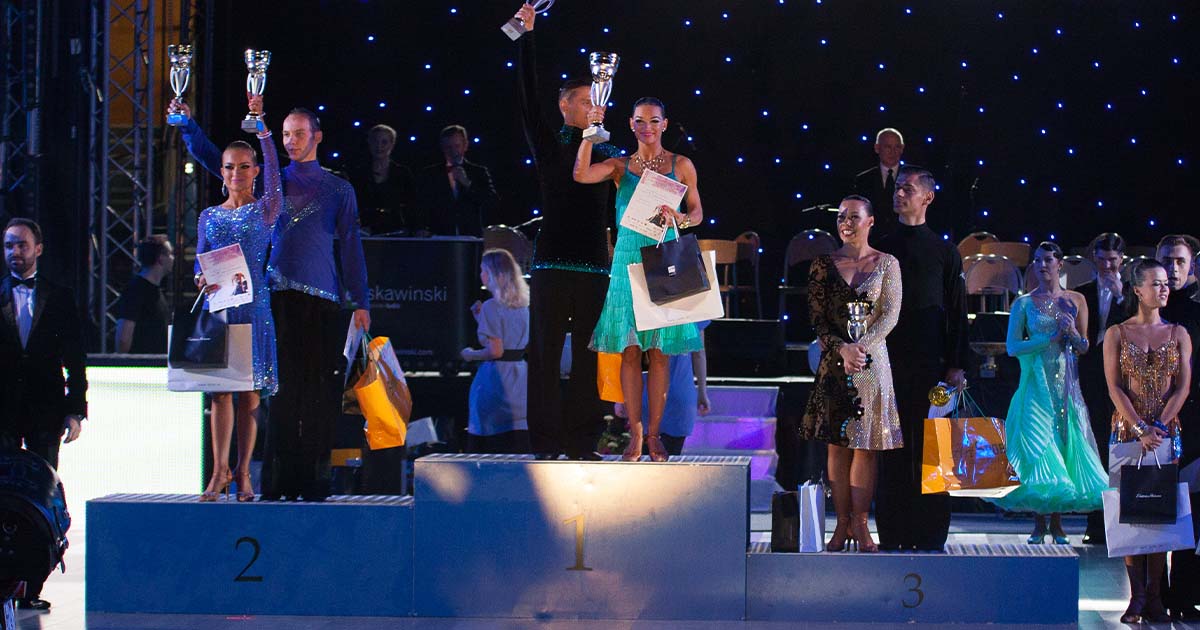 The festival moves to Jelcz-Laskowice. After the construction of a modern sports and entertainment facility, the city authorities made efforts to acquire a large-scale event, and negotiations with the organizers ended with an agreement. Since then, Jelcz-Laskowice has become a permanent location of the festival.

The novelty of the edition was the acquisition, for the first time, of cooperation with the international dance organization WDC Dance. Appreciating the efforts of the Stardance association, the growing size and prestige of the events organized, the World Dance Council granted a license to organize an international tournament under its aegis. The World Cup in Standard Dance was held for the first time.

The festival was closed by a championship show by the pair Sergey Surkov & Agnieszka Melnicka. 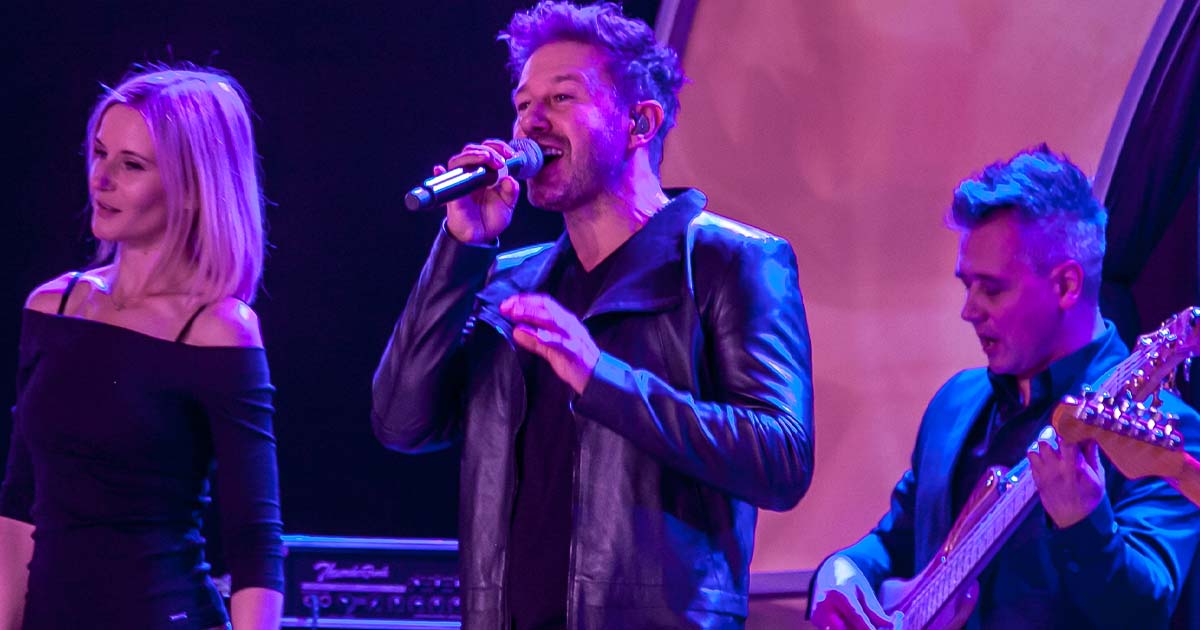 An edition full of unforgettable events.

For the first time, the pop music star, a friend of Michał Skawiński, Andrzej Piaseczny, came to the festival. The famous singer added splendor to the gala. While performing his hit “Breakfast to the Bed”, Michał Skawiński unexpectedly proposed to his future wife. The proposal was accepted.

Andrzej Piaseczny, got hooked on the dance bug during our festival. Today, years later, he is a juror in the next edition of Dancing with the Stars.

The championship show was graced by the ending Maurizio Vescovo’s career in tandem with Nino Langella.

During the show, the whole audience raised the cards with their hearts up, causing tears of emotion in the dancer who was leaving. 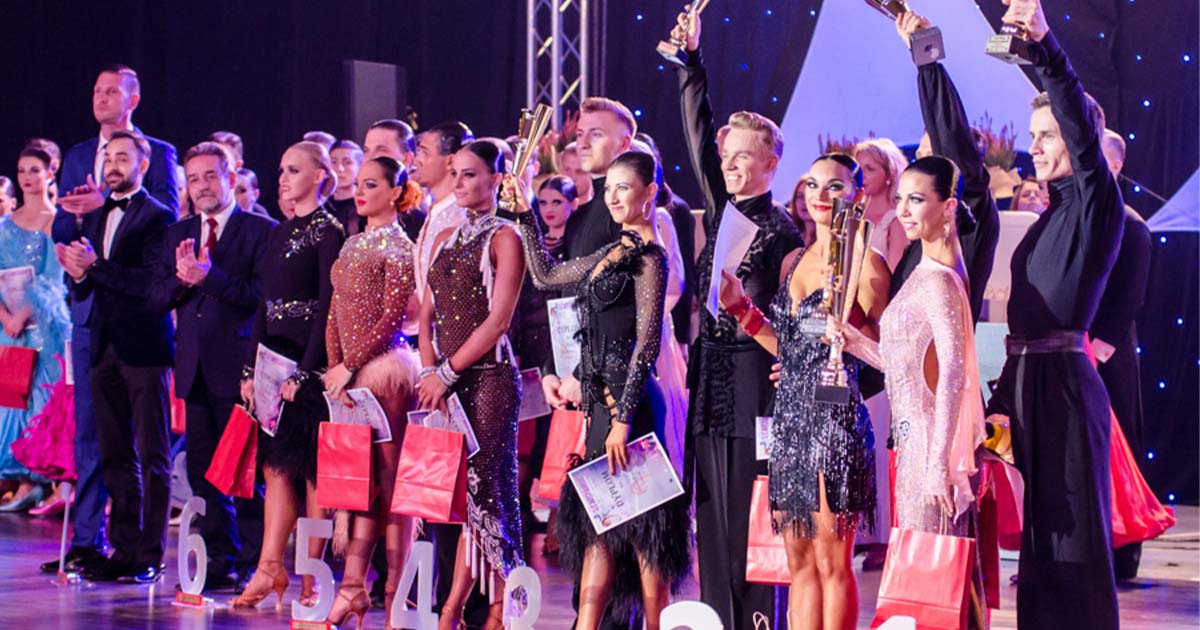 For the first time, a media star, former dancer Iwona Pavlovic, came to the festival.

She led the event in an unusual, but very successful duet. Fresh after the performance in Dancing with the Stars, the star of Polish volleyball, player Łukasz Kadziewicz, joined her.

The festival was one of the main elements of the 30th anniversary of Jelcz-Laskowice, the festival’s strategic partner, celebrated in 2017.

Unique edition when it comes to showings of the masters. There were two brilliant pairs. Franco Formica & Anna Melnikova and Sergiu Rusu & Dorota Makar. 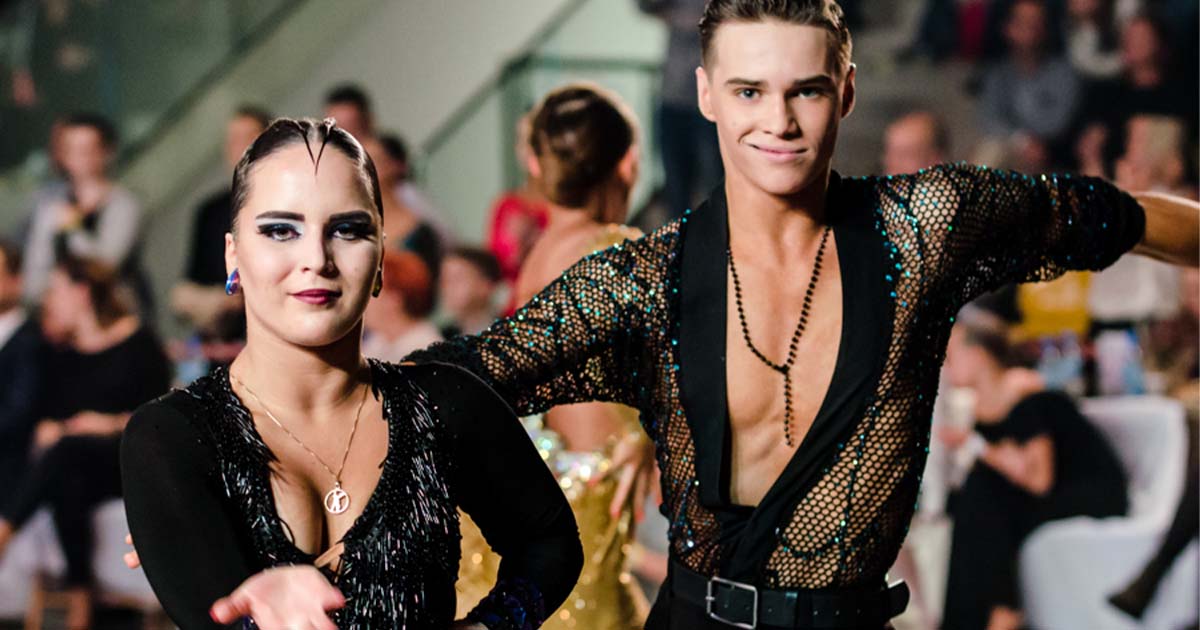 This is a great return to the dance floor of the Malitowski Leunis couple (although Michał Malitowski was present as a judge in previous editions of the festival).

It was Michał Malitowski’s last performance on stage. From then on, the well-known dancer moved to work in the media, becoming a recognizable face of Polsat tv station. 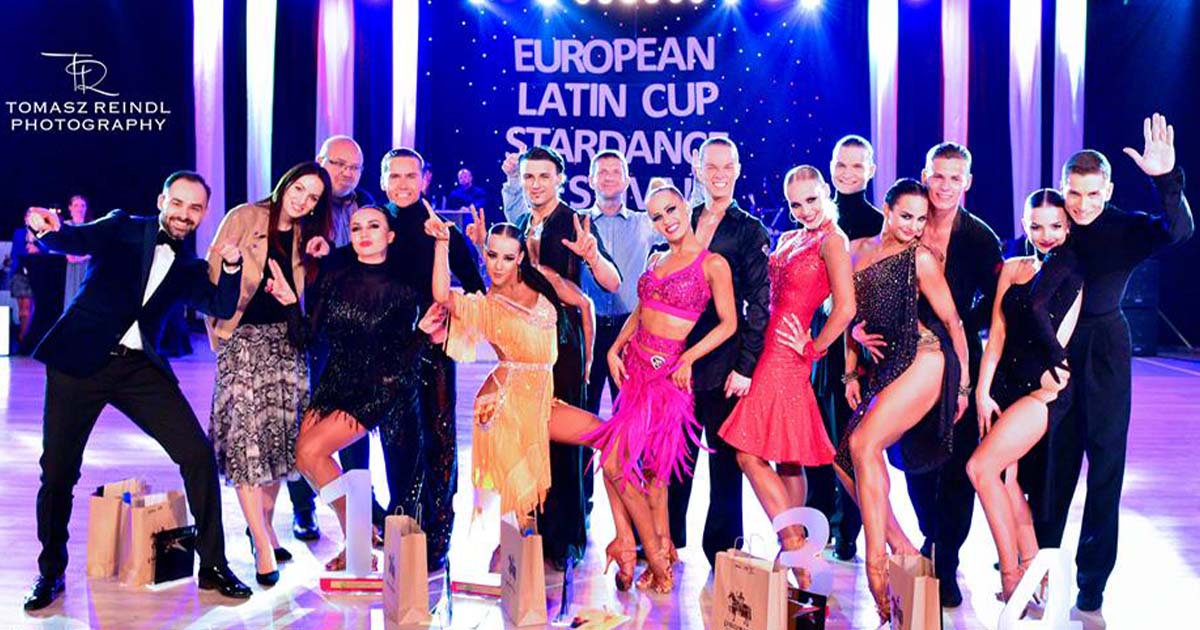 2019 is the 10th anniversary of the festival. A record year in terms of the number of participants and viewers. Over 400 couples met on the dance floor and almost 2,000 spectators passed through the stands. The jubilee tournament was graced by the shows of the champion pair Marek Kosaty & Paulina Glazik.

In 2021, the festival was cancelled for epidemiological reasons. The 11th edition will be held in April 2022 in Jelcz-Laskowice. This time the host city wants to celebrate its 35th anniversary together. Ivona Pavlovic confirmed her participation.

Several dozen judges from all over the world will take part in the event. 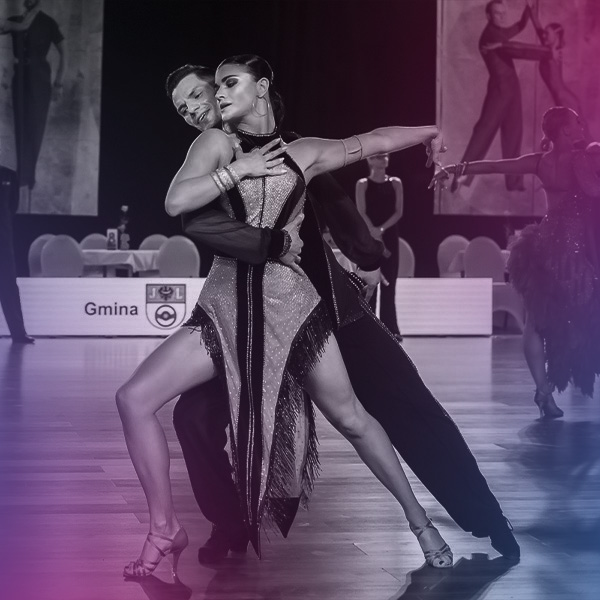 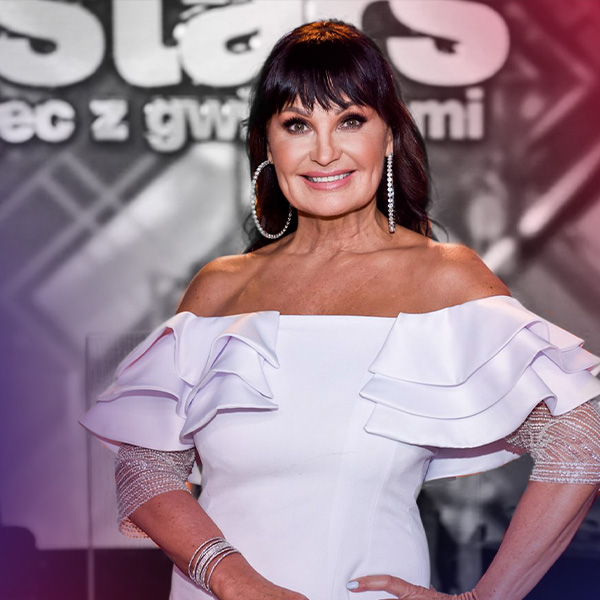 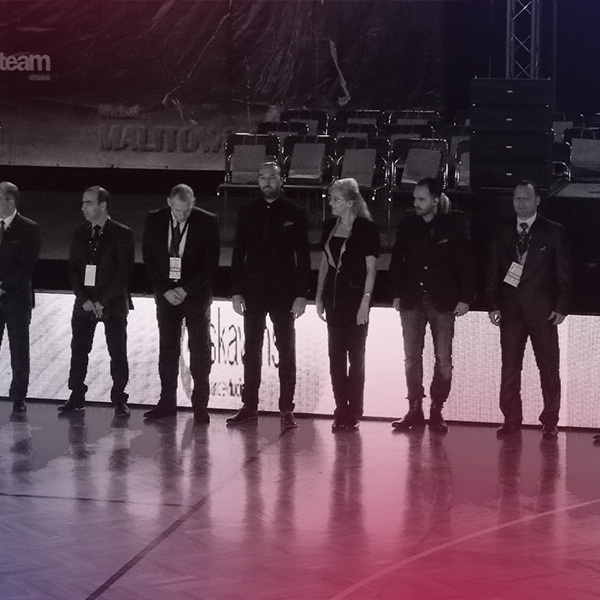 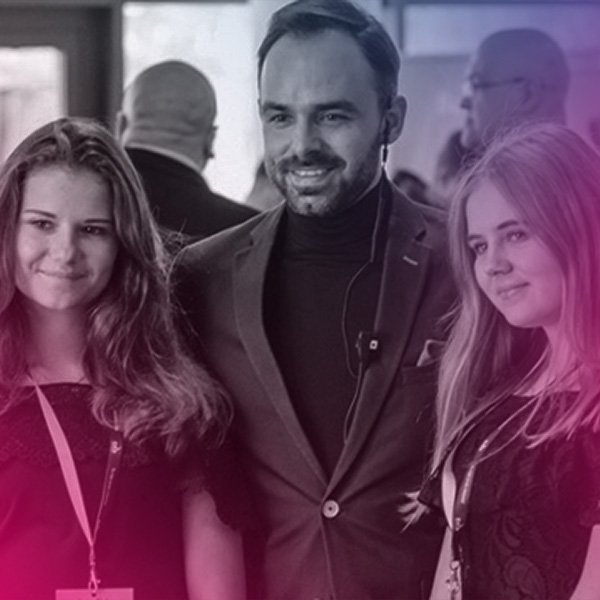